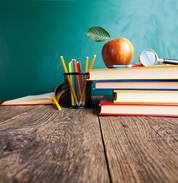 Motivated by her aunt, a teacher who insisted that all of her nieces and nephews attend college, Bertina Wilson began her professional journey at Newark State College. She hoped to follow in her aunt’s footsteps and, after obtaining a Bachelor of Arts from the institution in 1960, immediately found a job as a teacher for the Newark Board of Education. She spent 17 years in the role before being promoted to project coordinator, and another 18 before advancing to vice principal of Newark Public Schools. During her time there, Ms. Wilson implemented a program in the 1980s that allowed computers in the classrooms; she went to various companies in the community and asked them to donate computers that would have otherwise been disregarded because she knew that they were the future.  Along the way, she furthered her own education with a Master of Arts from Kean University and an elementary education teacher certification from the state of New Jersey. She retired from the public school system in 1997.
​
Even after her retirement, however, Ms. Wilson couldn’t stay away from academia for long. She began teaching eighth grade math and science at St. Paul’s Roman Catholic School as a favor to the principal, who was short a teacher, and because her grandchildren attended and it would allow her to see them more often. The principal found out about Ms. Wilson’s involvement in music during her time there, and when the music teacher retired, asked her to step in. Although Ms. Wilson intended the post to be temporary, she ended up staying there for five years. She considers this the most enjoyable part of her career because of how much the children appreciated her. She was particularly moved when one of her students gave his valedictorian speech at graduation and mentioned that she taught him more than math, science, and music; she taught him about life.

​In her free time, Ms. Wilson enjoys singing and playing the organ, especially at the Zion Hill Baptist Church, where she continues to serve as the minister of music, the organist, and the choir director. She also maintains a position on the executive board of the Newark Chapter of the Project Coordinators Association. As a testament to her hard work and dedication, she was honored with the Living Legend Award from the church, as well as with the Outstanding Church Musician award from the Order of the Eastern Star. Further, Ms. Wilson earned a Community Service Award from the Essex County Civic Association.