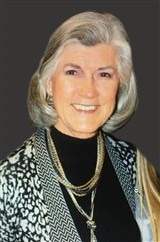 Determined and willing to take chances, Caryl J. Guth worked hard to achieve her goal of becoming an anesthesiologist. She believes strongly in the importance of committing fully to dreams and thus, she started her professional journey at Mars Hill College, where she earned an Associate of Arts in 1955. Dr. Guth proceeded to obtain a Bachelor of Science and an MD from Wake Forest University in 1957 and 1962, respectively, after which she interned at the University of Kansas Medical Center and served as a resident in anesthesiology at the Hospital of the University of Pennsylvania. She also earned certification as a diplomate of the American Board of Anesthesiology.
​
After completing her residency in 1965, Dr. Guth wasted no time in putting her host of academic experiences to practical use. That same year, she became an instructor in anesthesiology at Wake Forest Baptist Medical Center and, in 1966, she joined the University of Nijmegen, now known as Radboud University, as an instructor and Queen Victoria Hospital as a fellow in anesthesiology. In 1967, she was chair of the anesthesiology department at Kaiser Permanente Hospital in Santa Clara, California, when she was recruited for a position on the medical staff at the Mills Memorial Hospital in San Mateo, California. In the 90s, Mills Memorial Hospital merged with Peninsula Hospital in Burlingame, California. She worked within the merged medical group and its hospitals for decades until her retirement in 2000. She was a beloved member of the medical staff and a peer described her as the go-to person to get things done. When she left a message or made a request, she got immediate results and everyone from fellow anesthesiologists to surgeons to administrators to patients knew it; she commanded respect. Dr. Guth’s tenure included posts as a member of the Mills Hospital board of directors, and the Mills-Peninsula Health System board of directors and the chair of the Department of Anesthesiology.

Toward the latter course of her career, Dr. Guth also served as a physician in holistic and integrative medicine in San Mateo, and as a member of the board of science and policy advisers for the American Council on Science and Health. Because of her love of holistic medicine and integrative medicine, she moved back to North Carolina. After retiring, she initiated and endowed the chair in integrative medicine at the Wake Forest School of Medicine in 2002. The Integrative Medicine Center of Wake Forest Baptist Health was established in 2006 and she has fostered the center, which provides nutritional teaching support for medical students. They will soon learn about the recently discovered methods of treating pain without opioids from the research Dr. Guth supports at Wake Forest School of Medicine on the same subject with Dr. Fadel Zeidan and Dr. Christina Ross.

A highlight of Dr. Guth’s professional journey includes supporting published research on topics like the benefits of low EMF on stem cells and the discovery of a new pathway to control pain without narcotics. In recognition of her success over the years, she was honored with the 2013 North Carolina Baptist Heritage Award from Wake Forest Baptist Medical Center, the 2012 Distinguished Alumna of the Year Award from Mars Hill College and the 2010 Distinguished Service Award from the Wake Forest Medical Alumni Association. Dr. Guth also received the Distinguished Service Award from the California Society of Anesthesiologists in 2006 and the Crisp-Casey Award for being the best female athlete at Wake Forest University in 1957. Furthermore, she was selected for inclusion in numerous editions of Who’s Who in America, Who’s Who in Medicine and Healthcare, Who’s Who in Science and Engineering, Who’s Who in the World, Who’s Who in the South and Southwest, and Who’s Who of American Women.

Dr. Guth ensured that she remained connected to her peers and any updates in her industry by becoming active with a variety of prominent professional organizations. To this day, she serves as a lifetime member of the board of visitors of the Wake Forest Baptist Medical Center, and the board of directors of the Wake Forest Medical Alumni Association. Dr. Guth has chaired numerous committees, including the committee on professional diversity and the committee on communications with the American Society of Anesthesiologists. With the same organization, she organized and conducted various programs for their annual conventions. With the California Medical Association, she chaired the section of specialty organizations from 1983 to 1984. She has also been an editor, assistant treasurer, president-elect and president of the California Society of Anesthesiologists, and serves on the coliseum transition committee of Wake Forest University.

If Dr. Guth could offer some advice to the younger generations, it would be to take a basic financial course and an art appreciation course in college, follow through when setting goals, seek out leadership opportunities, pursue a good mentor, and volunteer and participate whenever possible on various committees and venues. Currently, one of Dr. Guth’s major research interests within the realm of therapy also involves the new science of redox, as well as how it plays into the body’s healing process and control of pain, negating the need for medications.