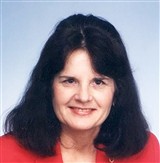 Shortly after then-President John F. Kennedy spoke to her high school class, Janet Allison LaMotte developed an interest in government service. She enlisted as a clerk-typist for the U.S. Army immediately after graduation, serving in Washington DC, Fort Belvoir, Va., and Dallas. In 1962, Ms. LaMotte put her skills as a clerk-typist to use with the IRS, where she also worked as a secretary. She then joined the State Board of Control in Austin, Texas, as a personnel assistant, the federal aviation administration in Oklahoma City as a procurement clerk, and the Defense Logistics Agency as a clerk-typist. The remainder of her career was spent at the Tinker Air Force Base as a clerk-typist, accounting clerk, secretary, supply specialist, and worldwide inventory management specialist. She stepped down from the field in 1998.
​
Through the years, Ms. LaMotte has achieved much. She led the petition drive and hearing at the Wichita Kansas City Planning Commission to have signal lights installed at three dangerous school crossings, and from rezoning single family dwellings to multifamily dwellings. Another highlight was being a passenger on a training flight in a KC-135 tanker with the Kentucky Air National Guard while refueling F-16 Falcon Fighters over Kansas. She attributes her success to her leadership and teamwork skills.

Ms. LaMotte prepared for her endeavors by earning a Master of Arts in human relations from the University of Oklahoma in 1986, a Bachelor of Arts from the University of Central Oklahoma in 1984, and an Associate of Arts from Rose State College in 1982. Additionally, she became certified as an open water scuba diver by the YMCA, in advanced swimming and life saving by the American National Red Cross, and in sailing by the American National Red Cross.

One Reply to “JANET ALLISON LAMOTTE”