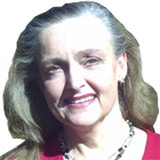 A respected figure in the chemistry community, Ann Onton parlays 50 years of professional excellence into her role as a senior scientist at NanoViricides Inc., which she has held since 2006. The development stage company, which she co-founded, uses unique nanomedicine technology to create anti-viral medicines against seasonal and epidemic influenzas, HIV/AIDS, cold sores, viral eye diseases, shingles, and more.
​
Prior to her current position, Ms. Onton has served as a laboratory manager at TheraCour Pharma, Inc., from 2005 to 2006, laboratory assistant at the University of San Diego from 2003 to 2005, and manager of research development and production at AllExcel, Inc., from 2000 to 2003. She garnered additional experience as a research associate for both Genaissance Pharmaceuticals and Applied Biotech Concepts, Inc., as a chemist for Prototek, Enzyme Systems Products, and as a researcher in Cancer Prevention II Study. Between 1970 and 1972, Ms. Onton lent her expertise as an abstractor to Chemical Abstracts Service, and between 1967 and 1970, she worked as a research assistant at Geigy Chemical Corp. Her first professional job was with Great Lakes Chemical Corp., where she was a laboratory chemist from 1965 to 1967.

​Some of Ms. Onton’s most notable professional achievements include being a co-inventor on a U.S. patent for solubilization and the targeted delivery of drugs with amphilphilic polymers, and a co-inventor on a pending patent for self-assembling polymeric nanomaterials as cancer agents. On a more personal level, Ms. Onton is a U.S. national and world medalist in masters and senior Olympic swimming, holding more than 75 different swimming records and having attempted to swim the English Channel three times. She was the oldest women to do so. Furthermore, she has competed in world masters’ swim meets in Morocco, Australia, Italy and Canada.