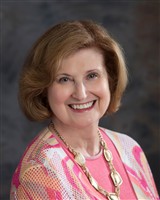 Over the years, Barbara C. Croyle has built a strong reputation for excellence in the fields of health management and law. She started on track with a Bachelor of Arts, cum laude, in sociology from the College of William and Mary in 1971, at which time she became certified in corporate tax and securities law by the Institute of Paralegal Training. In 1975, she earned a JD from the University of Colorado, and then received certification in program management development from Colorado Women’s College in 1980. Ms. Croyle went on to earn an MBA from the University of Denver in 1983 and a master’s in gerontology from St. Joseph University in Pennsylvania in 2012.

Skilled in facility administration and management, Ms. Croyle specializes in elder care, health care operations and executive management. Since 2014, she has been the executive director of Stratford House Retirement Community in Danville, Va., where she manages the day-to-day operations. As a licensed nursing home administrator, her responsibilities include working with staff to ensure Stratford House is a safe, comfortable, and enjoyable place for seniors.

​Throughout her prestigious career, Ms. Croyle has held a variety of positions in the field of health facility administration. Prior to joining the faculty at Stratford House, she was executive director at Lutheran Senior Services, an independent living facility in Southern Chester County, PA, from 2010 to 2013, and executive VP at Peninsula United Methodist Homes in Hockessin, DE, an outstanding retirement and senior housing facility, from 2003 to 20010. Additionally, Ms. Croyle applied her skills in health care management as executive director at the Swedish American Center for Complementary Medicine in Illinois, VP of ambulatory care services and compliance officer at Franciscan Medical Center in Dayton, OH, from 1994 to 2000, and chief operating officer and VP of D.T. Watson Rehabilitation Hospital in Pennsylvania. Ms. Coyle also excelled as the managing director of Benefit Resource Management Group, a subsidiary of Blue Cross in Western Pennsylvania from 1987 to 1992, manager of strategic planning for Westinghouse Transportation Division in Denver from 1985 to 1987, and manager of acquisitions/lands at Petro-Lewis Corp., also in Denver.

In addition to her commitment to health care management, Ms. Croyle is active in her community. She is a member of the Breast Cancer Society, the Institution of Noetic Sciences, Delaware Forum for Executive Women, and the America College of Health Care Executives, and is on the advisory board of Delaware Technology. She also speaks to local clubs and organizations on the importance of health care for seniors.