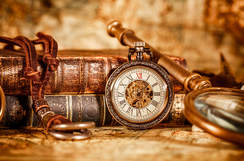 Bestselling author and historian Barbara A. Hanawalt has dedicated her entire career to English medieval social history. Currently a professor emerita at Ohio State University, her commitment to her work is substantial. She was the director of medieval studies at the University of Minnesota for six years and the director of the Center for Medieval and Renaissance Studies at Ohio State University for two years. Dr. Hanawalt also taught at Indiana University in a variety of professorship roles before returning to Ohio State University as the King George III Chair of British History in 1999. Further, she has served as president of both the Medieval Academy of American and the Social Science History Association. To prepare for her endeavors, she earned a Bachelor of Arts from Douglass College at Rutgers University in 1963, and a Master of Arts and PhD from the University of Michigan in 1964 and 1970, respectively.
​
Looking to share her array of knowledge and research, Dr. Hawawalt has published extensively in numerous scholarly journals and essay collections. Her books include “Crime and Community in Medieval England, 1300-1348,” “The Ties That Bound: Peasant Families in Medieval England,” “Growing Up in Medieval London: The Experience of Childhood in History,” “Of Good and Ill Repute: Gender and Social Control in Medieval England,” and “The Wealth of Wives: Women, Law, and the Economy in Late Medieval London.” In addition, she has edited seven volumes of essays dealing with diverse topics in medieval studies, and has written pieces like, “The Middle Ages: An Illustrated History,” for the Oxford University Press Children’s and Juvenile Division. Dr. Dr. Hanawalt is presently working on a book on civic ceremonial and dispute resolution in late medieval London.​Dr. Hanawalt has been the recipient of numerous accolades and honors over the years, including the Guggenheim Fellowship for Humanities and the American Council of Learned Societies fellowship. She was proud to be named fellow of the Medieval Academy of America, the Royal Historical Society, and the Antiquarian Society of London, as well as of the Newberry Library, National Humanities Center, the Wissenschaftskolleg in Berlin, and the Netherlands Institute for Advanced Studies, among others. Notably, Dr. Hanawalt has twice held National Endowment for the Humanities fellowships, and has been featured in numerous editions of Who’s Who in America and Who’s Who in the Midwest.
​
When Dr. Hanawalt isn’t working, she enjoys gardening.
Facebook
Twitter
LinkedIn