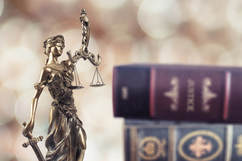 Encouraged by her husband to pursue her passions wherever they took her, Barbara Lang Betts has led a long and varied career as a lawyer, real estate agent, and rancher. Her main goal in life is to help people, and she is proud that each of her professions has allowed her to do so. At the moment, she is focused on her role as of counsel to the Hayes Law Firm in California, where she’s been since 2004, and on her private practices in Sacramento and San Diego, where she’s been since 1962 and 1960, respectively.
​
Prior to her current endeavors, Ms. Betts was the vice president of Isle and Oceans Marinas, a city attorney of Carlsbad, Calif., and a partner in the law firm of Roby F. Hayes and Barbara Lang Hayes. She also garnered experience as a member of the steering and development committee at Metro Air Park and as a lobbyist at the California legislature for the city of Carlsbad in Sacramento. By this time, Ms. Betts had made a name for herself as the only female city attorney, and did a lot of trial work all the way up to the Supreme Court. While her husband served as the treasurer of California, she helped draft legislature and prepared arguments. She used her unique background to co-author “A Citizen Answers,” and “Decade of Fiscal Responsibility.”

​The most rewarding part of Ms. Betts’s career came before she was even an attorney, however. She was in high school during World War II, and she spent her free time at the Red Cross, doing whatever needed to be done. She worked in a tannery to help save the crops, raised a large victory garden, where she gathered food and brought it to stores, and helped out on her family’s ranch, including with irrigation. Ms. Betts is truly a farmer at heart.

When Ms. Betts isn’t working, she enjoys offering her services to various organizations, including the California Democratic State Central Committee, the City of Carlsbad Planning Commission, the City of San Diego Planning Commission, the Oceanside Diamond Jubilee Committee, and Traveler’s Aid International. Ms. Betts was also a candidate for the California State Assembly.