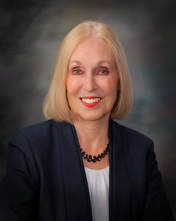 Growing up in West Texas in 1937, Barbara McFarlin-Kosiec often heard Spanish spoken in her community, and became interested in the language and culture at a young age. She pursued Spanish in high school, which ultimately led her to become a Spanish teacher. Throughout her extensive career in education, Dr. McFarlin-Kosiec has taught the language to elementary and secondary school students in schools around Canada and the state of Washington. She has also taught in elementary school bilingual education programs and English as a second language, as well as multicultural relations in evening classes at Columbia Basin Community College in Texas. Additionally, she served as a Spanish, Mexican and Latin American history educator at Peninsula Community College in Washington, and an English instructor at the Instituto Tecnologica and Estudios Superiores in Monterrey, Mexico. Dr. McFarlin-Kosiec has been president of McFarlin-Kosiec Enterprises in Fernie, British Columbia, since 1986.

Apart from her career in education, Dr. McFarlin-Kosiec wore many other hats as well. Notably, she was a choreographer of the Ballet Lutacoga Modern Dance Troupe, Sunday in the Park Military Celebration, and “Meet Me in St. Louis,” the artistic director of the Desert Storm Charity Show, the writer and producer of “Windows on Women,” and the director of “How He Lied to Her Husband” at the British Columbia Community Theatre.​

As a civic-minded person, Dr. McFarlin-Kosiec has contributed her expertise to various commissions, associations and institutions in her community. She has been on the board of directors of the Mid-Columbia Regional Ballet in Washington, delegate to the Benton County and Washington State Democratic Conventions, founder of the Arts Council in Fernie, and organist at Christ Church in Fernie. She also lent her extensive background to her positions as a member of the Washington Association of Foreign Language Teachers, coordinator of the dance division of the Performing Arts Festival, member of the Canadian Cancer Society, and president of the Fernie Nordic Society, among others.

Dr. McFarlin-Kosiec prepared for her endeavors by earning both a Bachelor of Arts and a Master of Arts in Spanish from Texas Christian University in 1960 and 1964, respectively, as well as a PhD in leadership in education from Gonzaga University in Washington in 1985. In the years between 1961 and 1988, Dr. McFarlin-Kosiec attended numerous institutes and universities, adding to her already impressive knowledge base. These schools include Pan American College in Texas, Eastern Washington State University, Central Washington State University, the University of the Americas in Mexico City, the University of San Carlos in Guatemala City, and the Instituto Tecnologico and Estsudios Superiores in Monterrey, Mexico.

As a testament to her hard work and dedication, Dr. McFarlin-Kosiec was honored by the Spanish Embassy for her research on Lope de Vega in 1962. She received the Helen Gibbs Award for the most talented Miss Walla Walla in 1965 and the Rainbow Rockers Award to Lutacaga Dance Troupe in 1992. She has also been recognized by the Mayor of Othello, and Columbia Basin Community College.