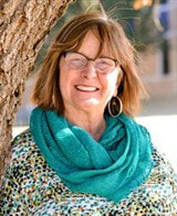 Passionate and driven, Bertha Kondrak has known she wanted to be a therapist since high school. She pursued her dream, earning a Bachelor of Arts in psychology from the University of Texas in Austin in 1971 and a Master of Science in social work in 1984. In 1985, she became certified as a licensed clinical social worker, and in 1989, she opened her own private practice. There, Ms. Kondrak provides direct services, including interventions focused on interpersonal interactions, intrapsychic dynamics, and life management issues. This consists of assessment, diagnosis, treatment (including psychotherapy and counseling), client-centered advocacy, consultation, evaluation, and prevention of mental illness, emotional, or behavioral disturbances. Ms. Kondrak believes in empowerment, helping her clients understand that they can make the changes they want. In her practice, she treats clients from all walks of life, including veterans and members of the LGBT community.
​
In addition to her clinical work, Ms. Kondrak has been a professor at Central Texas College in Killeen since 2003. She has also garnered experience as a case supervisor at the Meridell Achievement Center in Austin, Texas, from 1972 to 1989, president of the Central Campus Faculty Senate at Central Texas College from 2011 to 2012, and president of Systems Centered Training and Research Institute in Austin, Texas, from 2003 to 2010. Keeping up with her profession, she is a member of the Texas Community College Teachers Association.​Ms. Kondrak finds the most rewarding part of her job as both a clinical instructor and a psychotherapist is when either a student or a client “gets it.” She loves to be part of other people’s journeys. As a testament to her success, she was featured in six editions of Who’s Who in America between 2010 and 2016. Looking to the future, she plans to enroll in graduate courses in psychology so that she can teach the subject and advance her knowledge.In her spare time, Ms. Kondrak enjoys camping and traveling, and has been to a variety of countries, including Korea, Europe, Turkey, and Mexico. She also likes to spend time with her three children, and is an advocate for human rights, women’s rights, and mental health.
Facebook
Twitter
LinkedIn