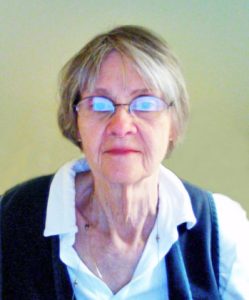 Between the classroom and the courtroom, Bethany K. Dumas is proud to have made a positive difference in the lives of so many others over the past five decades. She initially started her professional journey in English literature, one of her main passions, but decided to switch to linguistics during graduate school. A few years later, Dr. Dumas became interested in jury selection, so she pursued a law degree to understand it better. She currently holds a Bachelor of Arts from Lamar University, a Master of Arts and a PhD from the University of Arkansas, and a JD from the University of Tennessee College of Law.
​

Dr. Dumas has served her alma mater, the University of Tennessee, since 1974. She started as a professor, and now carries the distinguished title of professor emerita. Previously, Dr. Dumas garnered experience as a graduate assistant at the University of Arkansas, an instructor of Southwest Missouri State University, and an assistant professor at Southern University and Trinity University. She has also been a consultant and expert witness since 1983, which she greatly enjoys.

​Outside of work, Dr. Dumas spent a lot of her time interacting with and helping out in her community. She was a member of the committee on social and political concerns for the Linguistic Society of America, and was the initiator and organizer of the Collaborative Research Network of the Law and Society Association. Further, she held memberships with the American Bar Association, the Tennessee Bar Association, the International Association of Forensic Linguists, the Southeastern Conference of Linguistics, and the New Ways of Analyzing Variation conference, among other prominent organizations.

Looking for other ways to share her extensive knowledge, Dr. Dumas became the associate editor of Publications of the American Dialect Society, the executive editor of the Tennessee Law Review, and a member of the editorial board of Forensic Linguistics: The International Journal of Language and the Law. She authored books like “E.E. Cummings: A Remembrance of Miracles,” inspired by her meeting with the esteemed poet, and articles like “Southern Mountain English: The Language of the Ozarks and Southern Appalachia,” “Humpty Dumpty and the Law: Definitions in the Judicial Process,” and “Jury Trails: Lay Jury, Pattern Jury Instructions, and Comprehension Issues.”

In recognition of her hard work and dedication, Dr. Dumas received several honors, including many research and travel grants from the University of Tennessee, a Trinity University Faculty Research and Development Grant, a Southern University Foundation Grant, and a National Endowment for the Humanities Younger Humanist Fellowship. She is also featured in the 65th edition of Who’s Who in America.

When Dr. Dumas has spare time, she enjoys horseback riding, working out, and hiking.