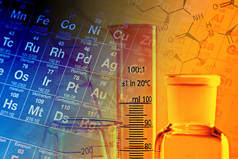 Born in Romania in 1933, Carmen Sybile Sabau has pursued her profession all over the world. Her interest in science manifested in childhood, and culminated in a Master of Science in inorganic and analytical chemistry from the University of C.I. Parhon, now the University of Bucharest, in 1955. She used that degree to obtain a job as a chemist with the Institutul de Fizica Atomica in Romania, where she stayed from 1956 to 1974.
​
During that timeframe, Dr. Sabau held a number of other positions as well. She was a fellow of the International Atomic Energy Agency in Austria from 1967 to 1968 and of the Alexander von Humboldt Stiftung/Foundation in Germany from 1970 to 1972, the same year she received a doctorate in radiochemistry from the University Fridericiana, now the Karlsruhe Institute of Technology. Dr. Sabau used her experiences to author “Ion-exchange Theory and Applications in Analytical Chemistry,” as well as articles for professional journals.

After leaving the Institutul de Fizica Atomica, Dr. Sabau became the principal chemist with JINR in Russia, a visitor scientist at Karlsruhe Institute of Technology, and a chemist at Argonne National Laboratory in the U.S. She retired in 1998. She ensured that she remained connected to her peers and professional community through affiliation with organizations such as the American Friends of the Alexander von Humboldt Foundation, the Rocky Mountain Region Chapter of the Modern Language Association of America, Alpha: Friends of Antiquity, and the American Romanian Academy of Arts and Sciences.