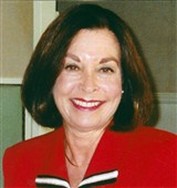 Caring, hardworking and skilled, Carol Susan Miller is constantly striving to reach new heights in her quest to help others. She is presently an advisory board member for the St. Germaine Auxiliary for Child Abuse Prevention, now Promises2Kids, backed by nearly six decades of experience in counseling psychology and education. When Ms. Miller began her professional journey, she was primarily focused on education. She served in roles like kindergarten teacher at Hampton Street School, teacher of grades K-3 at Roosevelt Elementary School, elementary school teacher at Horace Mann School, and substitute elementary school teacher within the San Diego School Districts, before life took her on another path.
​
Being diagnosed with breast cancer at age 38 was the most difficult obstacle Ms. Miller faced in her life, and overcoming it motivated her to want to help others through the same. From 1992 to 1999, she joined the American Cancer Society as a cancer support group facilitator, and, from 1994 to 1996, she also served them as an advisory board member. Ms. Miller proceeded to obtain roles as an advisory board member with Scripps Polster Cancer Center, breast cancer support group facilitator at Scripps Health, and volunteer at the Polinsky Children’s Center, among others. Now as a 40-year breast cancer survivor, Ms. Miller continues to visit or call patients as a Reach to Recovery volunteer through the American Cancer Society, and as a volunteer for the Moores Cancer Center at the University of California, San Diego. She believes it’s very important to keep updated on the most current information.Ms. Miller prepared for her career by earning a Bachelor of Science in elementary education from the Ohio State University in 1959, completing coursework in education at Queens College, CUNY, from 1959 to 1961, and receiving a Master of Arts in counseling psychology from Lewis & Clark in 1998. Additionally, she acquired certification as a teacher of grades K-3 from both the New York State Education Department and the California Department of Education, and certification as a basic counselor of personnel services in the state of Oregon.In recognition of her achievements, Ms. Miller received the Volunteer of the Year award from the Health & Human Services Agency of the County of San Diego in 2002 and the Therese Lasser Award from the American Cancer Society, Inc., in 1993. She was further honored with inclusion in Who’s Who of America and Who’s Who of American Women.

When Ms. Miller has free time, she enjoys tennis, reading, traveling, writing, and dance. She has also volunteered at the Barnes Tennis Center since 2005.