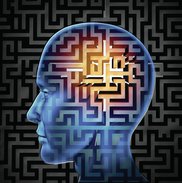 A licensed psychologist with more than five decades of experience, Dr. Carole Ann Rayburn is thriving in her private practice. She loves the job, and her background gives her a unique insight into the minds of her patients that is virtually unrivaled. Dr. Rayburn started her career as a psychometrician, which is a person skilled in the administration and interpretation of psychological tests, in 1963, and hasn’t looked back since. From 1966 to 1968, she served as a clinical psychologist for Spring Grove State Hospital in Catonsville, MD, and in 1969, she opened her own private practice. The next year, Dr. Rayburn became a staff clinical psychologist for the Institutional Care Services Division of the D.C. Children’s Center, where she stayed until 1978. During that time, in 1971, she opened a private practice, which she continues to run today. From 1973 to 1974, she did work for the Maryland Department of Vocational Rehabilitation. Between 1981 and 1985, Dr. Rayburn also worked for the Montgomery County Public Schools.

Dr. Rayburn’s adeptness and proficiency in the field made her a much sought-after expert among academic institutions, and she found she enjoyed sharing her knowledge with the younger generations. She has maintained a position as an advisor to graduate psychology students at Cardinal Stritch University since 2005 and a consultant to the Julia Brown Montessori School since 1982. Previously, she has served such schools as John Hopkins University, the Professional School of Psychology Studies, Loyola College in Columbia, MD, and Hood College.

​When Dr. Rayburn isn’t working or teaching, she enjoys being involved in her community. She has been the liaison to communications and international relations for the General Psychology Division of the American Psychological Association, and a member of the executive advisory committee of the Maryland Psychological Association.  Dr. Rayburn has also been a forensic psychology expert witness since 1973, and has been affiliated with prominent organizations like the American Orthopsychiatric Association and the Maryland Association of Counseling and Development.

Among all of her professional achievements, Dr. Rayburn considers some of the highlights to be the research she conducted. Some of the topics she covered were stress in religious professionals, women and stress, intimacy, traumatic experiences and health, intuition, creative personalities, and body image. She published her findings in a variety of professional journals and books, such as the series, “A Handbook for Women Mentors: Transcending Barriers of Stereotype, Race, and Ethnicity.” Dr. Rayburn also devised and developed “Creative Personality Theory” and “Inventory on Intuition” in 2011, and authored articles such as, “Health and Traumatic Experiences in Adults,” “Rayburn Creative Personality Theory,” “Inventory on Spirituality,” and “Inventory on Religiousness.” She generated research on the connection between spirituality and religion.