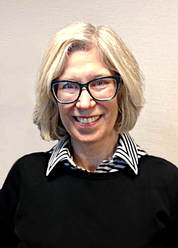 Backed by decades of professional excellence, Caron McCracken has earned her reputation as an expert management and information technology consultant. She started her career as a teacher at high schools and junior high schools around Michigan between 1973 and 1975, upon which she took on the roles of instructor at Mott Community College and planning and research specialist at the Flint Fire Department. Ms. McCracken proceeded to become the campus coordinator and programmer for Systems & Computer Technology Corp., now known as SunGard Data Systems, Inc., in 1981. She realized then that she had found her niche, and advanced rapidly through the company, serving as the academy specialist of computing systems from 1982 to 1983, the manager of academy computing systems from 1983 to 1984, and the manager of administrative computing systems from 1984 to 1985. Ms. McCracken transferred to Fruehauf Corporation in Detroit, Mich., in 1985, starting out as their communications analyst and ending up as their senior communications analyst. In 1987, she joined Sprint Corporation as their account technology consultant, and by 1989, she was an account manager. After a brief stint as the senior corporate manager for Technology Specialists, Inc., Ms. McCracken joined PricewaterhouseCoopers (PwC), where she remains to this day. She serves the professional services network as a senior consultant regarding computer resource management, information technology practice, and technology delivery services.

​When Ms. McCracken isn’t working, she enjoys using her talents to help out in the community. She was a volunteer for the state senatorial and congressional re-election campaigns from 2002 to 2009, the president and chair of the board for the Bloomfield Courts Condominium Association from 1996 to 1998, and an undergraduate computer laboratory consultant and student manager for the computer science department at Wayne State University from 1993 to 1995. Ms. McCracken also volunteered with charitable organizations such as the Coalition on Temporary Shelter, Core Cities, and Paint the Town. Further, she served on the advisory board of CONTEL Business Networks in Atlanta, Ga., in 1987, contributed articles to professional journals, and lectured in the field.

Ms. McCracken prepared for her endeavors by earning an associate degree from Mott Community College in 1971, a degree from Central Michigan University in 1972, a Bachelor of Science with honors from Central Michigan University in 1973, and a Master of Arts from the University of Michigan in 1978. In 2003, she went back to school to obtain an MBA in finance with honors from Wayne State University. As a testament to her hard work and dedication, Ms. McCracken was named to the Beta Gamma Sigma MBA Honor Society in 2001, and was featured in numerous editions of Who’s Who in America, Who’s Who of American Women, and Who’s Who in the Midwest.