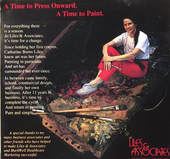 Passionate and dedicated, Catharine Liles has spent her entire life pursuing art. Her uncle was an artist, and some of her fondest childhood memories are painting with him and talking to him about it. This highly influenced her, and although Ms. Liles began her professional journey as a sales coordinator at Burns Brick Company and an office manager at Sides & Pope Architects, she never gave up on her love for art.  She ultimately decided she wanted it to be more than just a hobby, and so, in 1971, she set out as a freelance artist in Macon, Georgia, using her preferred mediums of water painting and oil painting.  Ms. Liles remained in that role until 1982, when she opened Liles & Associates Marketing and Advertising. She continues to serve as the owner and president to this day. To ensure her endeavors succeeded, she earned a Master in Liberal Studies from Mercer University in 1989 and a Bachelor of Fine Arts, magna cum laude, from Wesleyan College in 1979.

Some of the highlights of Ms. Liles’s career include completing a full mural on the wall of a local restaurant, being the principal painter on collections at the University of Texas Health Science Center at Houston, and serving as the president of MarkWell, Inc., from 1987 to 1994. She is also proud that her efforts resulted in accolades like the Print Addy Award from the Ad Club of Central Georgia, the volunteer award from the Georgia Assembly of Community Arts Agencies (now the Georgia Arts Network), the service award from the Middle Georgia Council of the Girl Scouts of the United States of America, and the Distinguished Achievement Alumnae Award from Wesleyan College. Other notable achievements include a Women Business Owner of Year Award from Greater Macon Business Women and an Alumni Service Award from Stratford Academy, as well as inclusion in the 18th edition of Who’s Who of American Women.