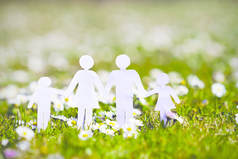 Interested in knowing the country around her, Catherine Lynch decided the U.S. Census would be the perfect fit. She lived in a rural area, and was frustrated with the lack of perception about the realty of the way things were there. Her main goal is to leave the world a better place, so she enjoyed the opportunity to interact with so many interesting people. During her time with the government agency, Ms. Lynch served as an assistant crew leader. She retired in 2010.
​
For most of her life before joining the U.S. Census, Ms. Lynch was a social work administrator. From 2005 to 2007, she was the director of development services at the Miami Children’s Hospital Foundation, and from 2003 to 2005, she was the giving and grants manager of Audubon of Florida. Ms. Lynch also garnered experience as the director of grants management at the University of Miami School of Nursing, the program operations administrator of adult protective services at the Florida Department of Children and Families, a liaison of HIV community services for the State of Florida Health and Rehabilitation Services, and the executive director of the Health Crisis Network. Further, she was the director of the Dade County Advocates for Victims and mayor’s intern for the Human Resources Administration, among other positions.

Although Ms. Lynch is now retired professionally, she enjoys being an asset to her community. At 74, she is still involved in crisis work with the Torrence County emergency response team and has been appointed to the Torrence County Planning and Zoning Board.