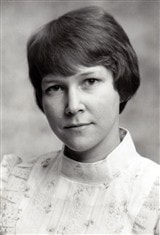 An occupational therapist is a professional trained in the biological, physical, medical and behavioral sciences, including anatomy, neurology, physiology, human development, orthopedics and psychology. Noted for her excellence in the field and her passion for making a difference, Christina G. Hoagland embodied the spirit of the job, often going above and beyond to help her patients. Some of her primary responsibilities over the years included evaluating and treating people recovering from disabling events and assisting individuals with developing, recovering and improving the motor skills, social skills, and personal skills they needed for success in their everyday lives.
​
Working toward goal of becoming an occupational therapist, Ms. Hoagland attended Loma Linda University, where she earned a Bachelor of Arts in occupational therapy in 1975 and became registered in the field. She continued her education later in her journey, earning an Associate of Science in industrial drafting technology from Mount San Antonio College in 1985 and becoming a certified brain injury specialist in 2008. Additionally, Ms. Hoagland joined prominent professional organizations like the American Occupational Therapy Association and the Occupational Therapy Association.

When Ms. Hoagland wasn’t working, she enjoyed being active in her community. Notably, from 2006 to 2010, she was a board member of the Brain Injury Trust Fund. She also held memberships with the Colorado National Museum of Women In the Arts and Western Colorado Center for the Arts.

As a testament to her hard work and dedication, Ms. Hoagland has been listed in numerous editions of Who’s Who in America, Who’s Who in the World, Who’s Who of American Women, and Who’s Who in Medicine and Healthcare.