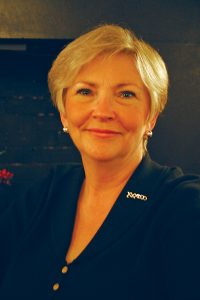 Renowned for her extraordinary floral and still life paintings, Claudia Seymour is thrilled to have the opportunity to continue exploring her “lifelong fascination with the visual effects of color.” Her preferred mediums are pastel and oil, as she feels they have the best capacity to capture the depth and focus she strives to achieve. At the moment, Ms. Seymour is displaying her work at various annual members’ exhibitions through the Salmagundi Club, although she has participated in more than 200 national and international juried exhibitions in total. Her most recent include the American Women Artists Annual Exhibition in 2018, the Pastel Society of America from 2016 to 2017 and the International Guild of Realism from 2015 to 2017. Some other noteworthy venues are the Gilcrease Museum at the University of Tulsa, the Master Circle Exhibition at the International Association of Pastel Societies, the Kent Art Association, the Pen and Brush, Salon International and the Pastel Society of the West Coast. Ms. Seymour was also featured in publications like “Great Pastels Profile of ‘Red Globes and Apricots’” in Pastel Journal, “Destined to Bloom” in the Artists’ Magazine, “The Setup: Meet Seven Artists Who Arrange Their Own Visions of Loveliness” in Southwest Art and “Twelve Artists to Watch in 2012” by American Artist. She attributes her success and longevity to her consistent emphasis on realism paintings.
​
To prepare for her career, Ms. Seymour completed coursework at the Art Student League, the Cape School of Art and the Silvermine School of Art at the Silvermine Arts Center. She also obtained a Master of Arts in English literature at New York University and a Bachelor of Arts in English literature, with honors, at Duke University. Ms. Seymour ensured she remained connected with her peers and professional community through affiliations with the Pastel Painters Society of Cape Cod, the Academic Artists Association, the Artists Fellowship, Audubon Artists, the Connecticut Pastel Society, Inc., and the Hudson Valley Art Association. From 2007 to 2013, she was the president of the Salmagundi Club and from 2004 to 2007, she was vice president of the organization. She used her experiences to author “Using Objects in Multiple Compositions.”

Over the years, Ms. Seymour has received a great number of accolades for her talent. She was most recently honored with the Richard Pionk Memorial Prize for a Painting in Oil or Pastel from the Salmagundi Club in 2017 and the Dianne B. Bernhard Silver Medal Award in Pastel from the Art Spirit Foundation in 2016, as well as with both the Editors’ Choice Award from the International Guild of Realism Annual Exhibition and the Jane Impastato Award from the Salmagundi Club Annual Members’ Exhibition in 2015. Further, Ms. Seymour was named the Most Honored Member by the Catharine Lorillard Wolfe Art Club, Inc., in 2013, was inducted into the International Guild of Realism in 2012 and was named a signature member of American Women Artists in 2011. Other notable achievements include being honored as a Master Pastelist by the Pastel Society of America, a fellow of the American Artists Professional League and an invited exhibitor of the International Pastel Artists Exhibition in Taiwan, and earning two Frank C. Wright Jr. Medals of Honor, one in oil and one in pastel and graphics, from the American Artists Professional League.