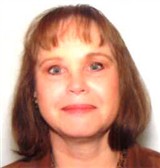 Hardworking and dedicated, Deborah Callender is thriving as a physical scientist with the Naval Oceanographic Office at the Stennis Space Center. More specifically, she is a project data manager, surveyor, and geospatial analyst, managing sub-bottom profile studies for marine seafloor geology. Ms. Callender is also an executive leadership program trainee for the U.S. Navy Senior Executive Service and a Lean Six Sigma Green Belt trainee. She is known for her editing, organizational, and communication skills.

Some of Ms. Callender’s other positions include GIS project manager at the Naval Oceanographic Office, which entails acquiring data and integration of seafloor geology, physical oceanography, meteorology, bathymetry, and fisheries, and project manager for the Global Marine Environmental Library. Her main responsibility with the latter is to integrate academic and published documents into databases interconnected to a geographic information system designed to capture, store, manipulate, analyze, and present spatial or geographic data. Additionally, as an AUV Survey GIS analyst of the Remote Environmental Measuring Units (REMUS), which analyzes side-scan sonar, Ms. Callender provides expertise for the ISS-60 Watchstander for oceanographic surveys, including the processing of multi-beam bathymetry. Her goal is to eventually develop a multimillion-dollar specialized contract for her division.

In recognition of her accomplishments in the field of physical science and oceanography, Ms. Callender has earned the 2017 Worldwide Lifetime Achievement Award and has appeared in Top Female Executives in 2016 and Elite Women Worldwide in 2017. She attributes her success to her tenacity and her desire for continuous self-improvement.