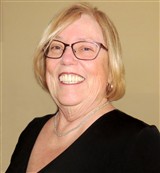 Committed to her dream of being an educator, Deborah Denslow Partenheimer has spent more than 40 years pursuing the field. The first step she took toward fulfilling her dream was attending Gwynedd Mercy College, where she earned a Bachelor of Science in 1971. The degree propelled her to become a teacher within the Willingboro Board of Education in New Jersey that year, and the rest was history. Ms. Partenheimer quickly realized she had found a home there, and remained with the district as primary school educator until her retirement in 2012. During her tenure with the school, she decided to further her own education, and proceeded to obtain a Master of Arts from Marygrove College in 2000 and a master’s degree in educational administration from Gwynedd Mercy College in 2005.
​
In addition to her work in academia, Ms. Partenheimer enjoyed using her expertise to help out her professional community. She was a union representative for the Burlington County Education Association in Willingboro, N.J., from 1981 to 1982, and a member of the Morrisville School District’s task force for reorganization from 1991 to 1992, as well as a member of the National Education Association and the New Jersey Education Association. Even though she is no longer teaching, she continues to lend her expertise as an educational advisor to the National Constitution Center in Philadelphia, Pa.

Ms. Partenheimer has also dedicated herself to several civic positions over the years, including borough chairman of American Cancer Society, assistant secretary, treasurer and chairman of the Morrisville Municipal Authority, and secretary of the board of directors of the Morrisville Free Library. Notably, she was a committeewoman of the 1st Ward of the Morrisville Republican Committee in Pennsylvania from 1986 until 1998. Further, she was a member of the board of directors for the Mercer County chapter of Parents without Partners and the professional development committee of the Municipal Authorities Association, as well as the Bucks County Boroughs Association, where she remains to this day.

Since her retirement, Ms. Partenheimer has had time to focus on hobbies like swimming and sailing. She has also taken up gardening, becoming a master gardener in Camden, N.J., in 2013 and a member of the Barnes Foundation Horticulture Program in 2014.