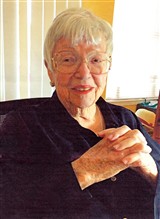 For more than five decades, The Honorable E. Patricia Herron built a strong reputation as a judge in the courts of California. She started out by earning a Bachelor of Arts from Trinity College in 1949, a Master of Arts from Catholic University of America in 1956, and a JD from the University of California, Berkeley, in 1964. While in school, she accepted opportunities to share what she was learning with others, and completed stints as an assistant dean at Catholic University of America and Wells College, instructor at East High School in Auburn, N.Y., and instructor of psychology and history at Contra Costa College in San Pablo, Calif. In 1965, Judge Herron was admitted to the State Bar of California, and her career progressed rapidly from there.
​
Ms. Herron jumped into the law field immediately after she completed her education. From 1964 to 1965, she served Knox & Kretzmer as an associate, and from 1965 to 1974, she served Knox & Herron as a partner. She maintained the position in 1974, when the firm expanded to become Knox, Herron and Masterson, and after three years, she advanced again to become a judge in the Superior Court of the State of California in Contra Costa, Calif. Ms. Herron spent 10 years in that role before becoming a private judge between 1987 and 1990. Her final professional title, held from 1990 to 2005, was private judge for JAMS, a global panel of retired judges and attorneys who resolve common disputes through arbitration.

Notably, Ms. Herron was included in a 2016 exhibit called, “Justice and Judges: The History of Law in Contra Costa County” at the Contra Costa County History Center. As the first woman to serve on the Superior Court of the State of California, she was a natural addition to the show. In further recognition of her success, she was the 2011 recipient of the Citation Award from the University of California Law School and has been honored with inclusion in numerous editions of Who’s Who in America, Who’s Who in American Law, Who’s Who of American Women, and Who’s Who in the West.

In addition to her noteworthy legal career, Ms. Herron also delved into other industries to enhance her background. From 1967 to 1977, she was a partner of Real Estate Syndicates in California, and from 1978 to 2007, she was the owner and manager of The Barricia Vineyards, known for their blackberry and pepper-spiced wine made from 100-year-old vines.

When Ms. Herron had free time, she enjoyed giving back to her community through participation in a variety of civic organizations and foundation boards. She is particularly proud of her impact on UC Davis School of Law, which offers the E. Patricia Herron Scholarship in her honor. The award provides financial and community support to a first-year law student intending to practice in Contra Costa County who has demonstrated active community involvement, including a commitment to women’s issues.