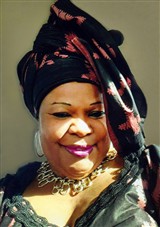 Throughout her notable career as a nurse and psychologist, Eliza Hudson-Zonn has cared for patients in numerous settings, including psychiatric centers, private homes, geriatric centers, and critical care departments. She is currently the director of nursing at the Arc of Morris Chapter in Morris County, N.J., where she has worked since 2015, and at the Medical Day Care Center and the New Community Extended Care Center in Newark, N.J., where she has worked since 2003. She is also a supervising nurse at Interim Healthcare, Inc., and a private duty nurse at Maxim Healthcare, Inc., where she has worked since 1990. Previously, Ms. Hudson-Zonn garnered experience as the director of nursing at the American Red Cross of Morristown Home and Hospital Skilled Home Care and Better Care Nursing Health Services, a supervisor at St. Mary’s Life Center Pope John Paul II Pavilion, a staff nurse at United Children’s Hospital and Montclair General Hospital, a critical care nurse at National Staffing Association Inc. and Midpoint Professional Agency, and a private nurse at Beth Israel Medical Center.
​​
Apart from her nursing duties, Ms. Hudson-Zonn has supported several noteworthy endeavors both internationally and domestically. She has been a health adviser for women refugees in the Union of Sierra Leone for Liberia from 1990 to 1995, a human rights advocate for the Movement for Justice in Africa since 1975, a rural health volunteer for Red Cross Liberia in Monrovia from 1973 to 1974, and membership recruiter for the Student Unification Party in Monrovia from 1975 to 1976. Additionally, she has been a member of the leadership council at the Southern Poverty Law Center in 2003, coordinator and health services director of the Liberian Community Association of New Jersey in 2001, counselor at St. Elmo Baptist Church in 1982, and counselor at Providence Baptist Church in 1975.

Ms. Hudson-Zonn stays on the cutting edge of her industry through her memberships with the National Association for the Advancement of Colored People, the National Association of Professional Women, and the National Staffing Association of Skilled Home Care Nursing. Further, she founded the Suehn Academy Alumni Association. She prepared for her endeavors by earning both a Bachelor of Arts in psychology and a Bachelor of Science in nursing from the University of Southern Mississippi in 1984. Ms. Hudson-Zonn is a licensed registered nurse in New Jersey, Texas, and Virginia.
​
In recognition for her achievements in her field, Ms. Hudson-Zonn was named a scholar by the Southern Baptist Convention from 1978 to 1984, and a scholar by the National Baptist Convention Scholar from 1972 to 1984. She earned a public service award at the East Mississippi Baptist Women Convention in 1971, and a Who’s Who Lifetime Achievement Award in 2016.