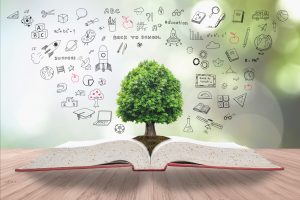 Reflecting back on more than 40 years of professional excellence, Elizabeth Lee Skladal is proud to have found a path that allowed her to fully utilize, balance and enjoy both of her two passions, music and education. She started her journey following her husband, George, around the world for his work, with stints in Camp Zama, Japan, Fort Lee, Va., and Fort Richardson, Ala. During this tumultuous time, Ms. Skladal found music to be a constant and a comfort, and she thus became a choir director at the Main Chapel of each of the three locations. In 1970, she and her husband moved again, this time to Anchorage, Ala., where they fell in love with the community. They decided to settle down there, at which point Ms. Skladal began looking for a more permanent and stable career. She originally hoped to become a music teacher, but really found herself in elementary education. Ms. Skaladal proceeded to spend the next 28 years as a teacher within the Anchorage School District before retiring in 1998.
​
Although Ms. Skladal ultimately decided against a job in music education, she did not forgo music entirely. She instead pursued music through a number of community organizations, some of which she is still involved with today. Notably, Ms. Skladal has been the choir director of the Anchorage Presbyterian Fellowship since 2012 and a soloist with the Anchorage Community Chorus since 2004. She also served as a soloist in the Anchorage Opera Chorus from 1969 to 1980, as a member of the choir of the First Presbyterian Church from 1971 to 2011, and as a member of Anchorage School District’s music committee from 1983 to 1986. In 1992, she was honored to participate in the first cultural exchange of the Alaska Chamber Singers in Magadan, Russia.

Ms. Skladal’s community involvement didn’t stop with music and education. Besides her role with the choir of the First Presbyterian Church, she also served the congregation as a deacon from 1988 to 2012, an elder from 1996 to 2012, and the mission committee chair from 1996 to 1999. Further, Ms. Skladal was a member of the pastoral nominating committee from 1982 to 1983 and from 2001 to 2003, and was a moderator for the Presbyterian Women from 2005 to 2008. As an esteemed member of the church, she participated in a summer mission trip to Swaziland in 1995, and has been a member of the Anchorage Presbyterian Fellowship since 2012.

Despite an impressive professional and charitable resume, however, one of the highlights of Ms. Skladal’s life was restoring a pioneer schoolhouse as the president of the Anchorage Women’s Club. The work included repairing the roof, beautifying the outside, and refurbishing the windows, as well as adding a museum to the second floor, complete with a restored school bell. In collaboration with the Anchorage Preservation Commission, Ms. Skladal hosts a reenactment at the school where members dress in period clothing and showing approximately 1,000 children what it was like when it was originally built in 1915.

Ms. Skladal prepared for her endeavors by earning an MBA from Sweet Briar College in 1958, completing postgraduate studies at the University of Kansas between 1966 and 1967, and obtaining a Master of Education from the University of Alaska in 1976. Additionally, she joined prominent organizations like the American Association of University Women, the Anchorage Concert Association Patron Society, and Delta Kappa Gamma, among others.

As a testament to her hard work and dedication, Ms. Skladal was featured in numerous volumes of Who’s Who in America, Who’s Who in American Education, Who’s Who in the West, and Who’s Who of American Women. She was also the recipient of the Community Service Award from the Anchorage University Alaska Alumni Association between 1994 and 1995, and the Alumni of the Year award from the University of Alaska in 2010. In her spare time, she enjoys camping, traveling, bicycling, fishing, and cross country skiing.