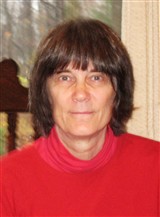 A dedicated professional, Emily Rolfe Grosholz, PhD, has been the Edwin Erle Sparks Professor of Philosophy, African American Studies and English at the Pennsylvania State University since 2017. Specializing in philosophy, she has published books on early modern philosophy, the history and philosophy of mathematics and science, philosophical rhetoric, African American philosophy and feminist philosophy. She is also a poet and literary critic affiliated with English and African American studies, and as a philosopher of science, she is a member of the Center for Fundamental Theory/Institute for Gravitation and the Cosmos at the Pennsylvania State University, where she has taught since 1979. Dr. Grosholz has been an associate at the Center for Philosophy of Science at the University of Pittsburgh since 1992 and an associate at the research group SPHERE at the University of Paris Denis Diderot/Paris 7 since 2005.

Dr. Grosholz earned a Bachelor of Arts in ideas and methods at the University of Chicago in 1972, and a PhD at Yale University in 1978. Her philosophical work has been supported by fellowships from the American Council of Learned Societies from 1982 to 1983 and again in 1997, the National Endowment for the Humanities from 1985 to 1986 and again from 2004 to 2005 and in 2008, the DAAD in 1983, the Humboldt Foundation from 1994 to 1997 and the City of Paris (Research in Paris grant) from 2011 to 2012. In 2017, Dr. Grosholz’s book “Starry Reckoning: Reference and Analysis in Mathematics and Cosmology” was awarded the Fernando Gil International Prize in Philosophy of Science.

As part of her literary work, Dr. Grosholz has served as an advisory editor at the Hudson Review since 1984, and has frequently served as an instructor or panelist at the summer programs Writing the Rockies, Bridges and the West Chester Poetry Conference. She was awarded fellowships for poetry from the Guggenheim Foundation from 1988 to 1989 and the Ingram Merrill Foundation in 1988. In 2014, she published her seventh book of poems, “Childhood,” inspired by her children and with artwork by Lucy Vines Bonnefoy; it was created to support UNICEF, and so far has earned more than $3,500 for that organization and been translated into Japanese, Italian, French and German, inspiring a work of modern dance and three CDs. Dr. Grosholz’s book “The Stars of Earth: New and Selected Poems,” was published in 2017, and her work was featured in the summer 2017 issue of Able Muse, including an interview with Mark Jarman along with six new poems.

A book that brings both sides of Dr. Grosholz’s work together, “Great Circles: The Transits of Mathematics and Poetry,” was published in 2018. She serves as a member of the editorial boards of the Journal of the History of Ideas, Studia Leibnitiana, the Journal of Humanistic Mathematics, and the Journal of Mathematics and the Arts. She has served on the governing boards of the Association for the Philosophy of Mathematical Practice and the Leibniz Gesellschaft. Her accomplishments have been cited in nearly every edition of Who’s Who in America since 2003, as well as numerous editions of Who’s Who in the World and Who’s Who in the East. Dr. Grosholz was born on October 17, 1950 in the suburbs of Philadelphia to mother Frances Skerrett Grosholz and father Edwin DeHaven Grosholz. She married Robert Roy Edwards on January 2, 1987 and together, they have raised four children named Benjamin, Robert, William and Mary-Frances.