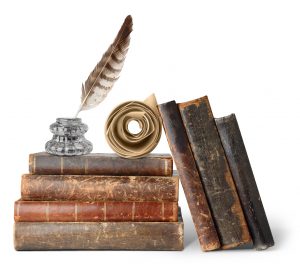 Well-rounded and passionate, Emily Mitchell Wallace has worn many hats over the course of her career: writer, editor, educator, and scholar. She started out as a history and literature tutor at the Curtis Institute of Music and as a teacher of literature at the Shipley School at Bryn Mawr College, and continued on to become an instructor and assistant professor at the University of Pennsylvania and a visiting assistant professor at Swarthmore College. Dr. Wallace returned to the Curtis Institute of Music as the chair of the English Department from 1976 to 1978 and from 1979 to 1983, taking a brief interlude in the middle to serve as a leader in the Interdisciplinary Seminar at Yale University. Since 2001, she has maintained a position as a research associate in the Center of Visual Culture at Bryn Mawr College.
​
In her community, Dr. Wallace currently works as a member of the advisory committee at the Rosenbach Museum & Library and the sponsoring committee of the Marianne Moore Fund for Poetry at Bryn Mawr College, a lifetime member of the Friends of the Bryn Mawr College Library, and a shareholder of The Library Company of Philadelphia. Prior positions include interdisciplinary research scholar in poetry and visual arts curriculum consultant at The Cooper Union for the Advancement of Science and Art, member of Yale Library Associates at the Yale University Library, and member of the board of directors of The American Foundation and Bok Tower Gardens in Florida.

Additionally, Dr. Wallace has written photographic essays, multimedia lectures for scholarly and academic audiences, and university and museum symposia. Her most recent piece, the “America” section in “Ezra Pound in Context,” was published in 2010. She also authored “Why Not Spirits?-The Universe is Alive, in Ezra Pound and China,” in 2003, was a guest editor for “PAIDEUMA, Special James Laughlin Volume,” in 2002, and authored “Saffron Honey: A Love Song by William Carlos Williams, in The Idea and The Thing in Modernist American Poetry,” in 2001. Additionally, Dr. Wallace wrote, “Some Friends of Ezra Pound in the Yale Review,” in 1986, “Athena’s Owls: The Education of Marianne Moore and Hilda Doolittle, Bryn Mawr ’09, in Poesis,” in 1985, “Youthful Days and Costly Hours: The Education of Ol’ Ez and Billy Williams at Penn,” in the University of Pennsylvania Conference Papers in 1983, and “A Bibliography of William Carlos Williams,” in 1969. She was a guest editor of “W.C. Williams Review, Centennial Issue,” in 1983.

Dr. Wallace prepared for her endeavors by earning a PhD and a Master of Arts from Bryn Mawr College in 1965 and 1959, respectively, and a Bachelor of Arts from, Southwest Missouri State University, now Missouri State University, in 1958. To keep in touch with her peers and with any developments in her field, she joined prominent organizations like the Modern Language Association, the Connecticut Academy of Arts and Sciences, and the Association of Literary Scholars and Critics, as well as the Ernest Hemingway Society, the Emily Dickinson Society, the Ezra Pound Society, the Marianne Moore Society, the William Carlos Williams Society, the Wallace Stevens Society, and the Henry James Society.

When Dr. Wallace has free time, she enjoys hobbies like chess, music, traveling, gardening, and tennis. She is also a member of the Merion Cricket Club.