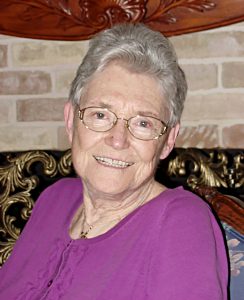 After spending decades sharing her love for the language arts with others, Florence Weinberg decided to step down and focus on her own writing. Since then, she’s penned the likes of “Dolet” in 2015, “Anselm: A Metamorphosis” in 2013, and “Unruhe im Paradies,” in 2012. Dr. Weinberg is also known for producing works like “Sonora Wind” in 2009, “Sonora Moonlight” in 2008, and “Seven Cities of Mud” that same year. Her novels range in genres, from fantasy to historical romance to mystery, and nine out of the 10 she’s written since her retirement were printed by Twilight Times Books.
​
Over the years, Dr. Weinberg’s books have earned much acclaim. “Dolet” won the NABE Pinnacle Book Achievement Award in 2016, and “Anselm: A Metamorphosis” won the same award in 2014. “Apache Lance, Franciscan Cross” was a 2007 New Mexico Book Award Finalist for two categories, historical fiction and best book of the Southwest, and a 2006 WILLA Literary Finalist. “Sonora Moonlight” was a finalist for the Eric Hoffer Award and “Unrest in Eden” earned a place among the 2012 Indie Book Award finalists. Further, Dr. Weinberg earned a Friends of the San Antonio Library Arts and Letters Award in 2012 and was recognized as an Alumna of the Year by Park University in 2008. In total, she has earned five New Mexico Book Awards.

Prior to her career as a full time novelist, Dr. Weinberg pursued her passion for language and literature in a more academic setting. She chaired the modern language and literature department at Trinity University from 1989 to 1995, and was a professor of French and Spanish at the institution from 1989 to 1999. Dr. Weinberg also held a number of positions with St. John Fisher College, including director of international studies, chairman of the department of modern languages, professor of modern languages, associate professor of modern languages, assistant professor of modern languages, and instructor of modern languages. Her rapid growth through the education system further serves to demonstrate her talent for the field, and she is proud of the impact she has had on others.
​
Dr. Weinberg prepared for her endeavors by earning a PhD from the University of Rochester in 1968. To ensure that she remained connected to her peers and any updates in her industry, she maintained affiliation with prominent organizations like the Modern Language Association, PEN, the Renaissance Society of America, Women Writing the West, Toastmasters International, and the Sixteenth Century Studies Conference. Additionally, she served as a resident of the Hambidge Center for Writers, Artists, and Scientists from 2009 to 2010, 2003 to 2007, and 1999 to 2001.