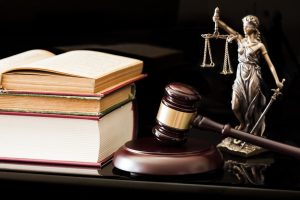 Fascinated by the law, Genevieve Krause LaRobardier knew that she wanted to be an attorney when she was in high school. She was motivated by the fact that there were not many women lawyers at that time. In pursuit of her passion, Ms. LaRobardier earned a Bachelor of Arts from Barnard College, a Master of Arts in teaching from Fairleigh Dickinson University, summa cum laude, and a JD from Rutgers, The State University of New Jersey. She also completed the international law course at Columbia University Law School. Ms. LaRobardier is admitted to practice in the U.S. Supreme Court, the U.S. District Courts in New York, the U.S. Court of Appeals, and the U.S. District Court of New Jersey.
​
While she was a partner in the firm Bressler, Amery & Ross, P.C., Ms. LaRobardier brought her diverse background in foreign trade work, industrial management research and writing, and university teaching to her legal practice. Although she has retired from the firm, she still practices, pro bono, from her home office. As a litigator, Ms. LaRobardier focused on complex litigation in federal and state court, with emphasis on franchise law, stockholder derivatives, and antitrust and intellectual property issues. Her background in foreign trade was helpful in transnational legal issues. Prior to her present practice, Ms. LaRobardier was special counsel at the Hannoch Weisman law firm, a partner at the Margolis law firm, and assistant to the director of Latin American Affairs at the National Foreign Trade Council in New York.

Using her knowledge and expertise in her field, Ms. LaRobardier has written numerous creative works. She is the author of “Doing Business in Foreign Entities,” and a contributing author of “The New Jersey Federal Civil Practice Handbook,” and “New Jersey Federal Civil Procedure.” Ms. LaRobardier continues to contribute articles to professional journals. She has served as editor and member of the judicial board of the Rutgers Law Review.