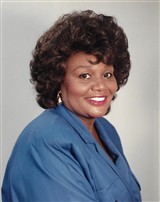 Known for her extensive knowledge of criminal justice, Helen Corrothers continues to lend her services to those in her community. She has worked as a member of the ethics committee of the American Correctional Association since 2003, as a member of the past president council of the American Correctional Association since 1998, as an independent consultant since 1996, and as a member of the Delaware Assembly of the American Correctional Association since 1993. Previously, Commissioner Corrothers garnered experience as a fellow of the United States Department of Justice, the commissioner of the United States Sentencing Commission and the United States Parole Commission, the superintendent of the Women’s Unit of the Arkansas Department of Correction, the social interviewer of the Arkansas Department of Correction, and the director of housing at Giessen Depot in Germany.
​
Commissioner Corrothers’ academic background includes an Associate of Arts, magna cum laude, from Arkansas Baptist College and a Bachelor of Science in business administration management from Roosevelt University. She also graduated from the Women’s Army Corps School’s Officer Leadership School and from the Institute of Criminal Justice at the Executive Center for Continuing Education at the University of Chicago, and continues to complete postgraduate coursework at California Coast University.

In her community, Commissioner Corrothers was recently appointed chairman of the 2017 Resolution Committee for the Baptist Convention of Maryland and Delaware, and has served as a member of the board of directors of the Baptist Mission Foundation of Maryland/Delaware, the national advisory board of the Committee Against Spousal Abuse, and the Arkansas Commission on the Status of Women. Additionally, she was an instructor on woman and crime for the University of Maryland, a member of the United States Attorney General’s Correctional Policy Study Team, a corrections instructor for the University of Arkansas at Pine Bluff, and a member of the American/Canadian Study Team of the Mexico Penal System for the American Correctional Association in Islas Marias, Mexico, among other roles. Between 1956 and 1969, she was a captain and the chief of military personnel in the U.S. Army.

When she has spare time, Commissioner Corrothers enjoys reading and music.