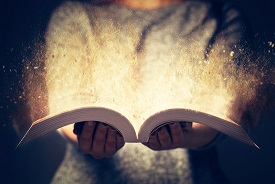 Fascinated by foreign languages and passionate about literature, Dr. Hildegard Rissel set out to find a career that would incorporate all of her interests. Her first stop was Georgetown University, where she earned both a Bachelor of Science and a Master of Science in French with a minor in Spanish in 1981 and 1983, respectively. She returned to her alma mater in 1990 to obtain a PhD in Spanish literature.
​
Currently living her dream as an associate professor of Spanish at Virginia State University in the Department of Language and Literature, where she’s been since 2001, Dr. Rissel is proud of her growth and success over the years. She started out as a lecturer in Spanish and French at Mount Saint Mary’s College, and held the same title at Hood College around the same time. The graduate degree she earned propelled her immediately to a more advanced position, assistant professor of Spanish and French at Adams State College, and after a year, she transferred to the University of Wisconsin, Washington County Campus, as an assistant professor of Spanish, French and German. Six years in that role led her to become an assistant professor of Spanish in the Department of Languages and Literature at Virginia State University, where she still works to this day.

Dr. Rissel loves sharing her knowledge with others, and is always looking for new mediums to do so. She authored publications like, “Dealing with Diversity in the Foreign Language Classroom,” “Dealing with Diversity in the Foreign Language Classroom,” and “The Teaching of Reading and Writing Skills,” and contributed papers to various conferences in Costa Rica, Peru, Puerto Rico, the Dominican Republic, and the United States. She has also delivered lectures titled, “Spain and Its Relationship with the U.S.,” “Wisconsin’s German Heritage,” “The German Presence in Wisconsin,” and “Changing Perspectives in U.S.-Latin American Relationships,” at various colloquia throughout the U.S.

In recognition of her achievements in language and literature, Dr. Rissel was listed in the Directory of American Scholars, and received the Dean’s Award three times from West Virginia University, as well as the Regent’s Citation from Georgetown University. Additionally, she was honored with the Mink I Grant in 1998, through which she invited Hans Ulrich Seidt from the German embassy in Washington to give a lecture on “Germany’s Presidency of the European Union” at Virginia State University. In 1993, Dr. Rissel earned a grant from the University of Wisconsin-Washington Country to attend a five-week summer teacher’s program in Spain, for which she also received a King Juan Carlos scholarship.