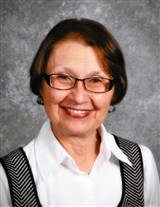 Backed by more than four decades of professional excellence, Jacqueline R. Livesay is known as an expert director of children’s music and organist. She is currently using her talents as the director of the Jackson Chorale Children’s Choir and as an adjunct music instructor at Spring Arbor University, where she’s been since 2008, and as the director of Orff music at the First Presbyterian Church in Jackson, Mich., where she’s been since 2005. Beginning in 2003, Ms. Livesay has continued to serve as the director of the children’s music ministries and the organist of the First United Methodist Church in Jackson, Mich., and as an adjunct music instructor at Albion College to this day. She loves all of her positions, as it allows her to imbue the younger generations with a passion for music.
​
In addition to her present professional endeavors, Ms. Livesay also dedicates her time to helping out in the community. She has been a board member of the Tuesday Musical Association since 2013 and a general member since 1998, as well as a member of the magnet committee at Jackson Public Schools since 2007 and a member of Jackson Symphony Guild since 1999. Further, she has experience as an organ soloist and planning committee member for the Jackson Symphony Orchestra, a member of the Western High School Academic Boosters, and a faculty member of the Jackson Symphony Orchestra Community Music School, which offers a wide variety of music classes for all ages and instrument groups.

Ms. Livesay prepared for her journey by earning a Bachelor of Music from Westminster Choir College in Princeton, N.J., in 1973, a Master of Music from the University of Michigan in 1977, and a Master of Arts in education from Spring Arbor University in 2001. She is certified by the Gordon Institute of Music Learning, and received Orff-Schulwerk certification, a developmental approach using music, movement, drama, and speech in child’s lessons.

In recognition of her accomplishments in the field of music education, Ms. Livesay has received the Outstanding Elementary Educator Award from Jackson Public Schools in 2001, and was featured in numerous editions of Who’s Who of American Women, Who’s Who in the World, and Who’s Who in America.