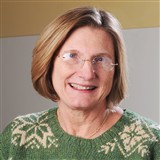 Dr. Dickinson has experienced a number of triumphs during her career. She has conducted trials in diabetes, immunization, cardiovascular disease, and kidney disease, and used the knowledge to contribute 160 articles to professional journals. She has been a statistical editor for the Journal of the Board of Family Medicine since 2008, was selected for the NIMH Mentoring and Education Fellowship at Yale University from 2000 to 2002, and earned a PhD in biostatistics from Tulane University in 1996. Another notable achievement was serving as the co-chair of the Research Methodology Group for the Committee on the Advancement of the Science of Family Medicine. Dr. Dickinson served along with Jillian Bartlett from Canada to really push things along in the field of primary care research for the multinational organization; the idea was to acquire state of the art methodology to nurture young investigators, which set the standard. They are credited as the first ones to get it started.

In light of her achievements, Dr. Dickinson was recognized as the Department of Family Medicine Beast Researcher in 2012 and received the Society of Teachers of Family Medicine Best Research Paper Honorable Mention for “Barriers to Initiating Depression Treatment in Primary Care Practice” in 2003. Further, she holds an American Primary Care Research Group Distinguished Paper Award for “Posttraumatic Stress and Somatization in Primary Care Patients,” a Scholarship for Pursuit of a Doctoral Degree from Tulane University, and mention in Who’s Who in American Universities and Colleges. She attributes her success to hard work and wonderful mentors. Moving forward, Dr. Dickinson intends to continue to work with pragmatic trials and cluster randomized trials. Her advice to the younger generations would be to have persistence; academic and medical research comes with a lot of constructive criticism and requires continuous grant submissions and papers, as well as creativity and out-of-the-box solutions. She hopes to be remembered for setting a good example, being innovative, and maintaining her standards of excellence.

When Dr. Dickinson isn’t working, she enjoys outdoor activities like camping, hiking, and skiing, as well as playing the viola. She has been playing the instrument for the Jefferson Symphony Orchestra since 2009.