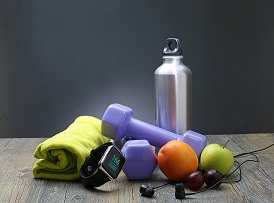 Living by the motto, “it’s not about basking in the sun, but dancing in the rain,” Lana VanAuker believes that everyone should have the opportunity to be the best they can be, no matter how old they are. She became a recreational therapist at Trumbell Memorial Hospital with that in mind, and is currently working in the psychiatric unit with those suffering from depression and anxiety. There, she leads groups in activities like stress dancing and exercise yoga, and sits on the treatment team for patients. Ms. VanAuker’s goal is to reduce the effects of these conditions, and she feels validated by the letters she receives from people thanking her for being a part of their improvement. She has held this position since 1988.
​
Ms. VanAuker got her start in her field in grade school, where she fell in love with physical education and was inspired by teachers who encouraged students to move forward in positive ways. She combined her interests and opted to study psychology and physical education, first at Kent State University and then at Youngstown University. With a Bachelor of Science and a Master of Science in education and certifications as an activity consultant and as a teacher in Ohio, Ms. VanAuker was prepared for anything her career threw at her. She eventually found her passion in working with elderly people in physical education.

Over the years, Ms. VanAuker garnered experience as a physical education instructor at St. Joseph School, a program director at the YWCA, an exercise technician at Youngstown State University, and a teacher at Salem City School. She also served as an activity consultant for the Mahoning and Trumbell Nursing Homes and as a teacher at the Mohican Youth Center. One of the highlights of Ms. VanAuker’s journey, however, was making a chair exercise video for geriatrics and selling it to more than 1,000 facilities across the country. They loved her work and her positive message.

In recognition of her achievements, Ms. VanAuker received the Excellence Award from the Resident Activity Association at the Ohio State Convention in 2008, the Excellence Award from the State Activity Personnel Convention and the first place award at the photo contest at Youngstown State University in 2007, and the Ballroom Dance Gold Medal at the Senior Olympics at 2006. She was also honored to earn first place at the International Library of Photography in 2000, and the first place Kodak International Newspaper Snapshot Award from 1998 to 1999, and to be a Youngstown State University Scholar from 1986 to 1989. Her success was highlighted in several editions of Who’s Who in America, Who’s Who in Medicine and Healthcare, Who’s Who in the World, Who’s Who of American Women.

When Ms. VanAuker has free time, she enjoys photography, dance, volleyball, aerobics, and travel. Additionally, she is part of a USA ballroom dance group, and she volunteers with her granddaughter at nursing homes, where they teach and perform hula dancing. She also maintains positions as an advisory board representative for the Ohio State Bureau for Health Promotion and Physical Fitness, as the treasurer of the Youngstown Photography Club and the Youngstown Camera Club, and as a volunteer with the American Cancer Society and the American Heart Association.