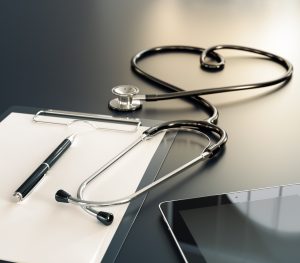 Initially, Leonora P. Whildin began her distinguished career during World War II at the U.S. Cadet Nurse Corps, a program where cadet nurses took the place of nurses who joined the military, at Boston City Hospital from 1943 to 1946. Seeing her natural ability, surgeons recruited her in the department of neurology, where she became assistant head nurse and a scrub nurse for the next two years. In 1948, the U.S. Army wanted people to go overseas to help with dependent children and she signed on and worked as a civilian nurse at the army hospital in Bremerhaven, Germany.
​
Ms. Whildin continued her career when she returned to the United States as a public health nurse at the Brooklyn Visiting Nurse Association from 1954 to 1956. Between 1956 and 1967, Ms. Whildin was as instructor at Helene Fulde School of Practical Nursing in New York, and a public health nurse at the Visiting Nurse Association of Morristown. She then became an instructor at All Souls Hospital School of Nursing in Morristown, N.J., and a guest lecturer at Seton Hall University.

Apart from her nursing career, Ms. Whildin has devoted her time to her community and civic organizations. She was a councilwoman in Randolph Township from 1972 to 1978, the first woman mayor of Randolph Township in 1977, on the Democratic Party county committee of Morristown from 1972 to 1996, and on the state committee in New Jersey from 1992 to 1998. Additionally, she is a member of the League of Women Voters and has volunteered for United Way of Morris County.

Ms. Whildin has been recognized for her achievements in nursing with numerous editions of Who’s Who of American Women, Who’s Who in Medicine and Healthcare, Who’s Who in America, and Who’s Who in the World.
​
Now that she is retired, Ms. Whildin spends her time enjoying knitting, crafts, baking, and ice skating.