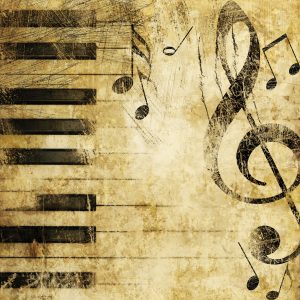 Linda Hathaway Bunza has worn many hats throughout her long and illustrious career, including editor, writer, composer, educator, and researcher, to name a few. Currently the director of the Columbia Research Institute of Arts and Humanities, where she has been since 1998, she is known for her passion, ability, and drive. Ms. Hathaway Bunza loves the fact that the position allows her to utilize her extensive background, as she is always looking for ways to share her talents with others.
​
Over the course of her professional journey, Ms. Hathaway Bunza has authored the likes of, “Air” and “Where Art Reveals Itself in Symbols, Words are Hard to Find,” in 2001, and has composed pieces like “Chinese Whispers” in 2010, “Commotion of Wings” in 2009, and “Navigation” in 2008. She is also the composer of “Snow Mountain” in 2000, “There is Something Still Floating” in 1999, “Report from a Spiral” in 1998 and “Sounds from the Olympic Peninsula” that same year, among numerous others. Further, Ms. Hathaway Bunza was the editor of the book, “Adventures and Misadventures of Dr. Sonjee,” which was written by Prasanna Pati and published by Snehalata Press in 2001, and of “Art of Literary Criticism” in 2000. From 1973 to 1995, she was a member of the editorial board of “Anima Magazine,” and between 1972 and 1973, she authored three volumes of “Theories of Modern Art.”

Ms. Hathaway Bunza prepared for her endeavors by earning a Master of Arts from the Hartford Seminary Foundation in 1971 and Bachelor of Arts from Bates College in 1968. She furthered her knowledge at Syracuse University in 1974, when she was a PhD candidate, and by maintaining affiliation with prominent professional organizations such as the College Art Association, the Contemporary Art Council, and the Society of Composers International.
​
As a testament to her success, Ms. Hathaway Bunza was honored with the President’s Award from the Beaverton Arts Commission in 2000, as well as with features in copious editions of Who’s Who in America, Who’s Who in the West, Who’s Who of American Women, Who’s Who in the World, and Who’s Who in Finance and Business.