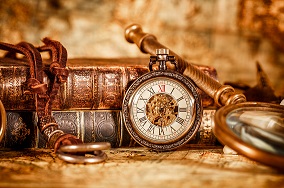 Devoting her entire career to the Easton Area School District, Linda K. Warman credited her longevity and success as an educator to her colleagues and mentors. She started at the schools as a basic English teacher in 1964, and moved up over the years to teach college composition, literary analysis, and AP courses. By this time, she had more than earned the trust of her superiors in the district, and was given leave to do what she thought was best for the kids. Ms. Warman proceeded to develop a humanities course that combined philosophy, general history, literature, and art history, and out of that grew her next creation, an AP art history class. In 1970, she added to the field on a more creative level, contributing to the book, “Religious Literature of the West, and in 1986, she added the position of chair of the English Department to her repertoire. The role required her to be in charge of approximately 30 people, all of whom actually made her job easier; they were dedicated to both their work and to their students, and she is proud to have worked with them. Other professional highlights include accompanying students on trips to Europe and Russia and serving as the advisor to the school newspaper. She retired in 2001.
​
Over the years, Ms. Warman’s hardworking and passionate nature earned her many accolades. She was named Woman of the Year by the National Association of Professional Women from 2011 to 2012 and Outstanding Instructor of University Honors Students at Pennsylvania State University in 1985. She was also honored to be featured amongst the pages of Who’s Who in America, Who’s Who in the World, and Who’s Who of American Women.

Ms. Warman prepared for her endeavors by earning a Bachelor of Arts from SUNY Oneonta in 1992 and a Bachelor of Arts from Moravian College in 1964, and by obtaining a teaching certification and a master’s equivalency certification from the state of Pennsylvania. The inspirations for her career path were two magnificent high school teachers, as well as her supportive parents and upbringing.

Outside of her career, Ms. Warman’s hobbies included traveling, reading, home decorating, vegetable and flower gardening, movies, and music. She also garnered experience as a member of the college choir and as a soloist at Moravian College, singing at venues like Carnegie Hall and Boston Symphony Hall. From 1963 to 1976, she was a member of the Bach Choir of Bethlehem.