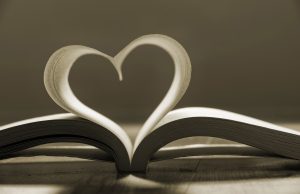 Passionate about literature, Lucinda D. Conger has always felt at home in the library. That’s why, when it came time to choose a career, she felt library science would be the perfect fit. Ms. Conger proceeded to earn a Bachelor of Arts at Radcliffe Institute for Advanced Study at Harvard College in 1963 and a Master of Library Science at Rutgers, The State University of New Jersey, in 1964. The degrees propelled her immediately into her first job as a reference librarian with the University of California, Davis, where she stayed for a year. In 1965, Ms. Conger transferred to the Library of Congress as a cataloger, and in 1966, she was promoted to the role of reference librarian with the institution. She then returned to academia, serving as a compact storage librarian at Princeton University, the director of reclassification and the serials librarian at Albion College, and the reference librarian at Yale University. From 1976 to 2000, Ms. Conger worked as a reference librarian for the U.S. Department of State, and from 1994 to 2000, she worked as the chief of the Reader Services Branch. She retired in 2000.
​
In addition to her professional endeavors, Ms. Conger dedicated a lot of time to her community. She was a columnist for Database Magazine from 1980 to 1990, and the author of “Online Command Chart,” published in 1977 and re-released in 1981. She also contributed articles to professional journals, volunteered with the Smithsonian Museum of Natural History from 2001 to 2012, and maintained affiliation with the Daughters of the American Revolution, the Archaeological Institute of America, and the National Society of the Colonial Dames of America.

Ms. Conger’s hard work and dedication did not go unnoticed. Most recently, in 2018, she won the AIA Foot Shoulder Award, which is given to people associated with the societies who aren’t archaeologists. She earned a Roll of Honor Award from the National Society of Colonial Dames in 2010, the Secretary Career Achievement Award in 2000, and the Government Computer News Award in 1992. Further, she was honored with inclusion in numerous editions of Who’s Who in America and Who’s Who of American Woman, as well as one volume of Who’s Who in the World.

Now in retirement, Ms. Conger enjoys traveling and pursuing interests in classical Greek, archaeology, and genealogy. She also maintains her positions as the registrar of the Maryland Society of the Colonial Dames of America and as the secretary of the Washington Society of the Archaeological Institute of America, which she has held since 2014 and 2001, respectively. She has volunteered with the Washington National Cathedral since 1976.