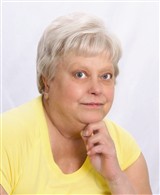 Believing that there is no obstacle too large to overcome, Marcia L. Goodman, PhD, has led an impressive and well-rounded career. She started out working for the Social Security Administration and Medicare for approximately five years beginning in 1967, and continued on to become a registered nurse for nine and a half years and a laboratory technician for the American Red Cross for 15 years. Dr. Goodman also has experience as a medical resident at Knox Cardiology Practice in Connecticut. Her favorite part of the job is when patients call and tell her how much better they feel after treatment.

Dr. Goodman joined the health care field because of her strong desire to make people’s lives better. She was also inspired by having open-heart surgery. Dr. Goodman was so impressed by the staff that she decided to pursue cardiac nursing herself. To do this, she obtained a Doctor of Philosophy and an honorary Doctor of Medicine from Yale University.

In addition to her medical endeavors, Dr. Goodman was the assistant director of “The Championship Season” on Broadway and has worked with some of Broadway’s brightest stars. She has also been involved with a soap opera, “Another World,” appeared in a production of “The Taming of the Shrew,” and managed a community theater. Further, Dr. Goodman has experience in electronics, and has even rebuilt military computers.

When Dr. Goodman isn’t working, she enjoys giving back to her community. She supports the charitable missions of the American Red Cross, the American Diabetes Association, SPCA International, the National Wildlife Federation, the Order of the Eastern Star, the Supreme Council of the Order of the Amaranth and the Order of the White Shrine of Jerusalem. Additionally, she is a donor of Toys to Children. If Dr. Goodman could offer some advice to the younger generations, it would be to persevere and to never give up in the pursuit of dreams.