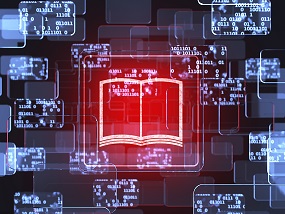 At the beginning of her professional journey, Dr. Margaret Josephine Cox was dedicated to studying foreign languages. During her time as an undergraduate, however, she met some physics majors and thought their field was fascinating. She switched majors, and, by 1961, held a Bachelor of Science in experimental physics from the University of London. Dr. Cox proceeded to earn a PhD in atomic physics at the University of London in 1966, which she considers to be one of the biggest milestones of her career. While working toward her graduate degree, she measured the absorption of residents’ radiation, a component needed to be able to create lasers.

The second milestone Dr. Cox reached happened around 1969, when she traveled to America and was asked to create teaching materials using physics. This sparked an interest in computer-based learning, and she has since developed three different kinds of computer technologies to teach physics and quantum mechanics. Thirdly, Dr. Cox was extremely proud to make director of the computer in curriculum program at King’s College London. As the leader of the curriculum program, she led the development of science and math simulations using the internet in 1978. The department had an exhibition at the royal society and was invited to show their work because it was the first time anyone has connected educational software and the Internet for education. Furthermore, in 1982, her team wrote software to send pictures, images and data over the Internet, before the World Wide Web was created. To further her career, Dr. Cox obtained certification as a chartered physicist in 1996.

​All of these achievements brought Dr. Cox to where she is today: working on how to teach dentistry using computers. Her most recent milestone is related to this research; she was very fortunate to earn a grant to develop new dental touch technology. With the device she is creating, users can feel while using machines.  To this end, Dr. Cox has been a professorial fellow at the University of Melbourne and a professor emerita of information technology in education in the Department of Education and Professional Studies at the Dental Institute of King’s College London since 2004. She previously worked in positions like professor of information technology in education and senior lecturer in educational computing at King’s College London.

Dr. Cox’s hard work and dedication have not gone unnoticed. In 2017, she was an honoree and appointed visiting professor of the University of Portsmouth and the recipient of a Lifetime Achievement Award from NAACE, and in 2013, she was the recipient of the Lifelong Fellowship from MirandaNet. The previous year, Dr. Cox earned the Research Project of the Year Award from King’s College London, the Lifelong Fellowship in Information Technology from the Teacher Education Association, and the BETT Award. Additionally, she has been selected for the Celebrating Social Science Project for the Economic and Social Research Council, was the runner-up for the STELi Excellence in Education Award, was an honoree and Officer of the Order of the British Empire, and was an honoree and fellow of the Institute of Physics, among other accolades.

What an amazing career and life well done Margaret.