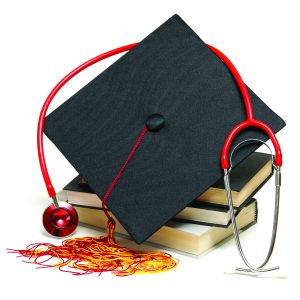 Specializing in neurology and internal medicine, Dr. Marion Priscilla Short has dedicated more than 30 years to researching and teaching neurogenetics. Her longstanding interest in the functionality of the brain motivated her to soar to new heights as she worked to advance the field, and she became known for her tenacity, effort, and skill.
​
Dr. Short started her career as an intern in internal medicine at Hahnemann Medical College Hospital in 1978, and quickly advanced to the positions of medical resident in internal medicine at St. Lukes-Roosevelt Hospital, neurology resident at the University of Pittsburgh Health Center, fellow in medical genetics at Mount Sinai Medical Center, and fellow in neurology at Massachusetts General Hospital. Her hands-on learning experiences complete, she stayed with Massachusetts General Hospital as an assistant neurologist from 1990 to 1995. During that time, Dr. Short also served as an assistant professor in the department of neurology at Harvard Medical School. Her experiences with the hospitals and universities cemented her growing reputation as someone to watch in the field, and, highly sought after, she elected to join the staff at the University of Chicago. She found a home there, and worked with the school as an assistant professor in the department of neurology, pediatrics and pathology, a clinical associate in pediatrics neurosurgery, and both a fellow and senior fellow of the McLean Center for Clinical Medical Ethics between 1995 and 2008. Additionally, between 1997 and 2002, she was the director of the office of science and the program director of genetics, transplantation, and clinical research at the American Medical Association.

Even though she retired, Dr. Short has remained active in her industry. She currently volunteers for a bookstore that collects books to sell and raise money for students to pay for internships and externships. She also recently released her own book, “Tales from the Pen & Other Confined Spaces.”

In recognition of her outstanding achievements, Dr. Short received the Clinical Investigator Developer Award from the National Institutes of Health, and was a fellow at the Institute of Medicine in Chicago. Further, she was honored with inclusion in numerous editions of Who’s Who in American Women.