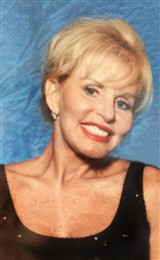 Michelle L. Maurer is a woman of firsts. She was the first and youngest female to become of general counsel of a major Delaware corporation, Bank of Delaware. and its bank holding company, Bank of Delaware Corp. She was one of the first women to clerk for the Delaware Court of Chancery, and was honored as one of the first 75 women admitted to the Delaware Bar. Ms. Maurer caused gender equality in membership at private clubs where public business is conducted, becoming the first woman admitted to the University and Whist Club and part of the first group of 10 women invited to join the Wilmington Club. Her groundbreaking journey opened doors for generations to come, and culminated in a reputation for being an optimist with a resilient attitude, a creative approach to solving issues and a strong work ethic.

​Ms. Maurer formed and chaired the bank’s first political action committee, B-Delpac, and was appointed by the Delaware bank commissioner to serve as Delaware representative to the Conference of State Bank Supervisors. As a registered lobbyist, she was actively involved as a member of the government affairs committee of the Delaware Bankers Association. Ms. Maurer successfully lobbied for legislation enabling the acquisition of banks across state lines to facilitate the merger of Bank of Delaware with PNC Bank, where she continued her legal career as vice president, general counsel and corporate secretary with PNC Bank, Delaware with expanded legal responsibilities on a national basis.

An expert on the Community Reinvestment Act, the FDIC and FRB recognized Ms. Maurer as the driving force behind the creation of the Delaware Community Investment Corp, a consortium of Delaware banks and credit card banks that created a pool of funds and underwriting criteria to facilitate statewide lending for affordable housing on a shared risk basis. She was chairman of the New Castle County Economic Development Council and served as first vice chair and chair of the audit committee of DownTown Visions, a public/private partnership created to enhance safety and promote growth and development of Wilmington, Delaware. Ms. Maurer was also appointed by the governor to chair the Delaware Public Safety Council.

Ms. Maurer was a nationally recognized expert on Article 7 of the UCC, developing the largest non-Comex precious metals storage business and lending program. She worked directly with the Federal Reserve to liquidate the Hunt Brothers silver fortune on a worldwide basis without disrupting markets. Ms. Maurer also served on the executive committee and board of directors of the Industry Council for Tangible Assets.

Ms. Maurer has staunchly supported women in the workplace. She was a contributing member of the National Association of Bank Women as speaker and author of newsletter articles, as well as Financial Women International. Together with Betsy Rawls, an LPGA Hall of Famer, she founded a women’s annual golf tournament, Swingin’ With a Star, to facilitate networking among business women; encourage women to use golf as a business tool; and to raise money for girls’ programs throughout Delaware. Over $1 million has been raised and donated to the Delaware Community Foundation.

A community-minded person, Ms. Maurer served on the board of directors of the Red Cross of the Del-Mar-Va Peninsula and chaired its service committee; served as trustee of Wesley College in Dover, Delaware; and is an active member of the U.S. Coast Guard Auxiliary, previously serving as commander of Flotilla 8-5.

To prepare for her career, Ms. Maurer earned a Bachelor of Arts in biological science from the University of Delaware in 1976, also completing secondary education teacher qualifications concomitantly. She then earned a JD from the Delaware Law School of Widener University in 1979. Throughout law school, she clerked for Schmittinger & Rodriguez. She was vice president of the Moot Court Honor Society and assisted with drafting the Delaware Rules of Evidence with Louis Schwartz, Esq.  She was admitted to the Delaware Bar in 1979 and the Pennsylvania Bar in 1980.