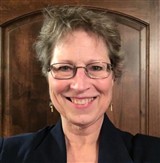 Skilled in mathematics, Patricia Creel Baltzley is celebrating more than four decades of excellence in the field. She has been an adjunct professor at Montana State University and board chair for Gardiner Public Schools since 2013, and an independent consultant in mathematics education since 2012. Prior to her current positions, Ms. Baltzley was the director of Pre-K-12 mathematics, a grades 6-12 mathematics supervisor, and a K-12 mathematics specialist for Baltimore County Public Schools, and a mathematics program developer for the Center for Social Organization of Schools at John Hopkins University. Additionally, she garnered experience as a mathematics teacher for the board of education at Carroll County Public Schools and Notre Dame Preparatory School and an accountant trainee for MBNA Limited, as well as an adjunct professor for the University of Maryland, Morgan State university, Loyola College Maryland, Western Maryland College, John Hopkins University, and Notre Dame College.
​
In her community, Ms. Baltzley has been the professional learning co-director for the National Council of Supervisors of Mathematics since 2015, the president of the Maryland Council of Supervisors of Mathematics from 2000 to 2005, and the president of the Maryland Council of Teachers of Mathematics from 1991 to 1993. She has also a volunteer for the National Shrine of Saint Elizabeth Ann Seton from 1986 to 1995, and the president of the organization from 1982 to 1986. She maintains affiliation with the ASCD, the Council of Presidential Awardees in Mathematics, the National Council of Teachers of Mathematics, the Montana Council of Teachers of Mathematics, and Learning Forward.

Ms. Baltzley prepared for her endeavors by earning a Master of Science in mathematics from Shippensburg University in 1986 and a Bachelor of Arts in mathematics from Notre Dame College in 1975. She completed coursework at St. Joseph’s College from 1971 to 1972, and became certified in administration, supervision, and as an advanced professional in the state of Maryland.