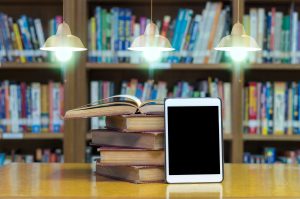 Outside of academia, Dr. MacDonald enjoys using performance art to demonstrate the results of her research in post humanism and how humans and technology interrelate. She is currently performing an “(auto) ethnographic study of lighthouses as sites of public memory, performance, and storytelling,” called “Sentinels of Public Memory.” Other notable shows include “To Catch and To Keep,” “Tower at Midnight,” “Lightkeepers,” and “This is NOT a Period Piece.” “Performance, Place and Memory,” explored how “memory is made manifest through embodied performance and the creation of space and place.” With her unique background in the field, Dr. MacDonald is collaborating on research with Dr. Vassiliki Riga about the nature and reach of performance studies in the U.S., has published numerous articles in professional journals.

As a testament to her success, Dr. MacDonald was nominated for the Outstanding Feminist Teacher/Mentor Award by the Organization for the Study of Communication, Language and Gender in 2016, and earned the Top Contributed Paper Award from the Performance Studies & Theatre Interest Group at the Central States Communication Association in 2013. Additionally, Dr. MacDonald was honored with the Marion Kleinau Theatre Award, the Graduate Student Research and Creativity Award, and the Excellence in Graduate Student Service Award.

When Dr. MacDonald isn’t working, she pursues interests like yoga and lighthouses.