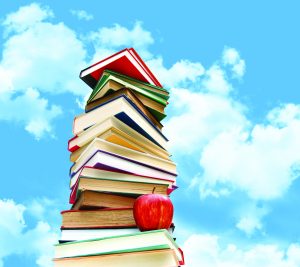 Best known for her reading/language arts program, “Sing, Spell, Read and Write,” Suzanne Dickson has led a long, illustrious career as a primary school educator. She believes strongly in teaching basic skills through song, which is why she developed the program. It is designed for students in preschool through second grade, and includes phonetic full-color storybooks that cover 36 steps to provide immediate, rewarding reinforcement for decoding phonetic skills. Two workbooks include grammar and creative writing as well as letter recognition, phonics practice, reading, comprehension, and spelling. “Sing, Spell, Read and Write” uses phonics songs, interactive charts, and games to teach the alphabetic principle, phonemic awareness, sound/letter correspondence, short vowel sounds, and blending  in a fun and meaningful way. The songs are featured on CD.
​
When Ms. Dickson decided to produce the second-grade program of “Sing, Spell, Read and Write,” called, “Grand Tour,” she asked 50 teachers from each of the United States to have their students write about their state, including hobbies, what jobs people have, and what their state is known for. She incorporated the students’ letters into storybooks with illustrations, overseeing the entire project. The “Grand Tour” program kit includes challenging puzzles, riddles, sing-alongs and workbooks for students, and a language arts teacher’s guide. These programs have been so successful that Ms. Dickson has received letters from reading coordinators around the world telling her how her songs have enhanced their students reading scores.

Additionally, Ms. Dickson has created songs about inventions, inventors, the Constitution, and the Bill of Rights, including “Songs of American Freedom” and “Songs That Teach U.S. Presidents.” She is also the author of “Musical Math Facts,” ”Winning: The Race to Independent Reading Ability,” and the play, “Pathway to Liberty.”

During her prestigious career, Mr. Dickson has taught at Mahwah Township Public Schools in New Jersey from 1966 to 1983, The Fairfax Christian School from 1964 to 1966, Merrydowns School from 1962 to 1964, and Arlington Public Schools from 1952 to 1956. She has been a consultant and author for Kelwynn Effective Schools Group from 1986 to 1989, Education Programs at the Christian Broadcasting Network from 1983 through 1989. Additionally, she was president of International Learning Systems, Inc., from 1988 to 2000. Ms. Dickson has added to her credentials with memberships in the International Reading Association and the Society of Women Educators.

Ms. Dickson prepared for her career with a Bachelor of Science in education from James Madison University in Virginia in 1952.